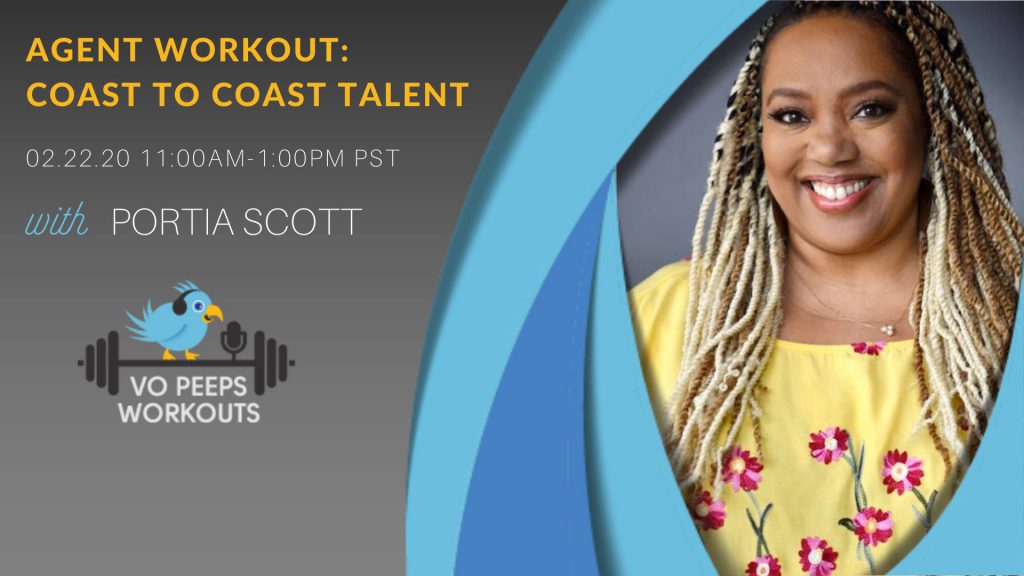 This February, get one-on-one direction for both commercial and character VO from LA-based agent Portia Scott!

Portia Scott has always had a passion for the entertainment industry. As the Director of Voiceover at Coast to Coast Talent Group. Portia has worked on a multitude of Animated series: The Lion Guard, Sofia the First, Robot Chicken, Clarence, Doc McStuffins, Family Guy, and Star Wars Rebels to name just a few.

Portia’s client roster is among some of the top talent in the industry who have worked on animated films such as Frozen, Inside Out, Wreck-it Ralph, The Good Dinosaur, and The Princess and the Frog. Portia’s clients have also worked for some of the industry’s top video game companies including: Blizzard, Bio Ware, Epic Games, Lucas Arts, Naughty Dog, Ubisoft, EA Sports, and Blindlight. They have also booked hundreds of commercials including national campaigns for Wells Fargo, Wendy’s, and T-Mobile.

Portia will cover:
– How to compete in the LA Market
– Techniques for character and commercial reads that book
– The importance of a great demo
– Producing consistent quality auditions
– Defining your voiceover brand to increase bookings