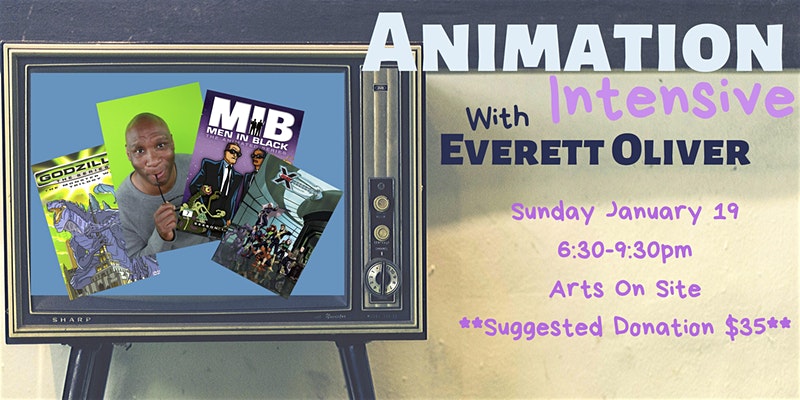 Everett Arthur Oliver is a 25-year voiceover veteran based in Los Angeles and is the owner of the voiceover company MYBOOTHDIRECTOR.COM. He specializes in directing actors on their performance in animation as well as commercial work. He helps actors book their auditions, directs their animation and commercial demos, and helps to build and guide their voiceover career. Everett has worked on shows such as: the Simpsons and King of the Hill. He also worked in casting for voiceovers for several award-winning animated shows including Godzilla, Men in Black, Jackie Chan Adventures, and Hellboy: Sword of Storms. He has worked at Columbia TriStar, Disney, ABC, Syfy and Film Roman distributed by the WB, to name a few. Formerly working as a Booth Director at AVO Talent Agency in Los Angeles, Everett has directed numerous voice-over actors in countless auditions for animation, commercials, interactive, narration, promos, trailers and also sound-alikes.

A description of the class from Everett:

My Animation Intensive will help bring your creative characters to the next level! We’ll focus on fleshing out those unique performances to help you breathe life into those animated characters, and enhance your animation voiceover skills. Be prepared to be challenged! You’ll work on your different vocal ranges and learn to think outside of your comfort zone. Finally, you’ll hear customized constructive feedback to make your work stand out amongst your peers!

This is a donation based class presented by Voice Actors of NYC, and we are absolutely THRILLED!

Suggested Donation is $35. (Please give generously, if you are able)