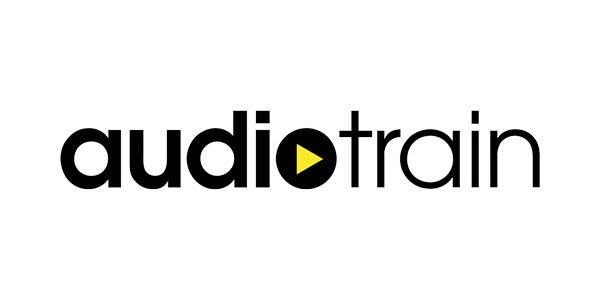 In celebration of International Women’s Day; we hear from women who have achieved in audio in the last 12 months to find out how they did it.

To mark International Women’s Day, BBC broadcaster Jane Garvey hosts an evening dedicated  to women’s audio achievements over the past 12 months. We learn from successful women how they made their way in broadcasting, what they did to overcome barriers and their tips for making your mark in the industry.

Kamilla Rose Baiden (left)is an experienced presenter and producer and freelance journalist.  She is currently hosting a daily show, ‘Brunch With Kamilla’ on Foundation FM and ‘Normal Not Novelty’ on Redbull Radio. Kamilla has interviewed the likes of Kano, Sinead Harrnett, Mary J Blige, Sampha and many more. She currently produces Kenny Allstars BBC Radio 1xtra show, and was recognised as one of the Radio Academy’s ‘30 Under 30’ in 2019. A qualified journalist and confident broadcaster on both radio and video and live event host.

Gloria Abramoff (right) is the Managing Director of Tonic Productions and the Executive Editor of LOUD Network. A programme and podcast supplier to all the BBC networks and World Service, with her co- Director, Tim Samuels, Tonic has built a reputation of innovative and award winning content. Currently in production is – for example – All Hail Kale, a series delving into the health and wellness industry, a 4 part documentary series on gender relations in two very different parts of the world: Mexico and Poland, and an investigative look at the social purpose of business.

A strong advocate for fair representation in the industry, Gloria has led The Radio Academy through challenging times, mentored a new generation of programme makers and whilst at the BBC for 30 years, she helped launch new radio stations, found and nurtured new talent, led social campaigns across the  BBC and was the first Creative Director of BBC Children In Need. A mother of adult twins who, arguably,  keep her connected and relevant, her main passion is food, entertaining, late night pottering and content that makes her think and cry.

Abby Hollick (lower left) is an audio producer and podcast host. After studying Radio at Goldsmiths in 2012, Abby started her career at BBC Radio 4 and The World Service, working as a producer on Outlook, Front Row, Woman’s Hour, The Conversation and other programmes. She has produced a number of series on motherhood, addiction, mental health, sex and postnatal health. Abby created the formats: The Chain, Women in One, The Woman’s Hour Baby Group and Hooked for Radio 4. Her latest documentary for The Why Factor is on resilience and she also hosts 18 episodes of the BBC Sounds podcast Duvet Days where she interviews great writers, actors and musicians in their own beds. She has also co-produced a podcast series on happiness for Audible and is currently developing a children’s podcast and a number of roundtable series.

Karen Pearson (lower right) is passionate about music and radio and finding new ways to combine them. That’s why she founded Folded Wing and why it’s recognised as one of the most innovative audio production companies in the UK.  She developed her production skills at BBC Radio 1, including seven years on Gilles Peterson’s legendary Worldwide Show.
She set up Roundhouse Radio and developed a radio station for Red Bull Music Academy. Karen is on the board of Audio UK, the trade association for UK independent radio and audio producers, and manages Folded Wing’s partnerships across the music and radio industries.  For ten years, she has been the senior producer of Jamie Cullum’s Gold Award winning Radio 2 show.

Folded Wing are one of the UK’s most innovative audio production companies – recognised as pioneers in the use of podcasts, radio, branded content, music and online broadcasting. Our current work includes the weekly programmes Jamie Cullum and Clare Teal on BBC Radio 2, Huw Stephens and BBC Introducing on BBC Radio 1, and Selector Radio for the British Council. Alongside regular BBC weekly shows, series and documentaries Folded Wing has worked with a broad range of commercial clients. In recent years Folded Wing has formed a partnership with Harper Collins UK, creating several podcasts for their publications. Other clients include EE, the National Portrait Gallery, Nike and Red Bull Music Academy.