Character Creation for Video Games and Beyond’ workshop with Neil Kaplan

Character Creation for Video Games and Beyond’ workshop with Neil Kaplan 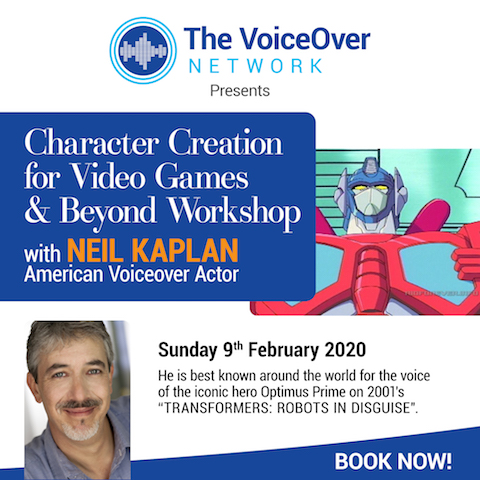 Neil Kaplan is an American voice actor, entertainer and comedian. Neil is possibly best known around the world for having provided the voice for the iconic hero Optimus Prime on 2001’s “TRANSFORMERS: ROBOTS IN DISGUISE”.

On the opposite end of the spectrum of good and evil lies Neil’s award winning portrayal of galactic Emperor Zarkon, on Dreamworks Animation’s spectacular “VOLTRON: LEGENDARY DEFENDER”.

His other animation work includes:

Tens of millions of video game players & fans around the world know Neil for his captivating work in numerous globally popular video games:

“STARCRAFT II” and “HEROES OF THE STORM” as roguish anti-hero, Tychus Findlay.
Lord of the Forest, Cenarius in “WORLD OF WARCRAFT”.
Space dragon Aurelian Sol in “LEAGUE OF LEGENDS”.”DESTINY 2″ as Dominus Ghaul.

“STAR WARS” fans know him from