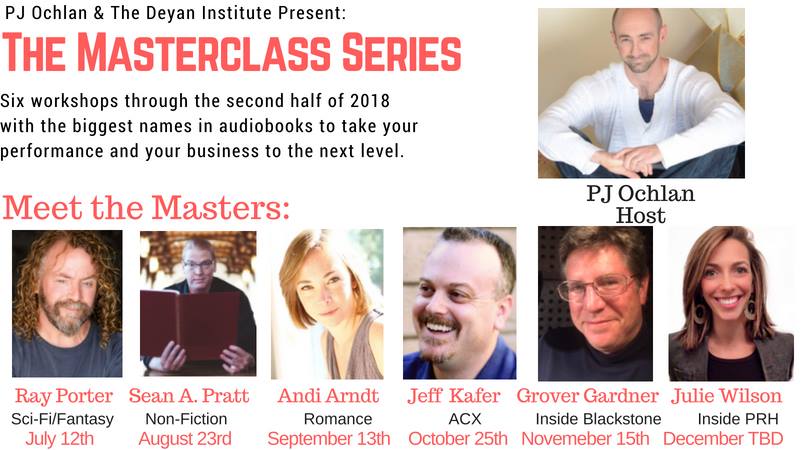 Grover Gardner is a narrator, director and producer with over thirty-five years experience in the audiobook industry. He began his career with the Library of Congress’ “Talking Book” program and quickly moved into the burgeoning field of commercial audiobooks. Since then he’s narrated over a thousand titles for a wide range of audio publishers. Some of his better-known recordings include Stephen King’s THE STAND, John Irving’s THE CIDER HOUSE RULES, Shelby Foote’s THE CIVIL WAR and Robert Caro’s four-volume biography of Lyndon Johnson. He the recipient of twenty-eight Earphones Awards and four Audie Awards. Along with his narration work, he is currently Associate Casting Consultant for Blackstone Publishing in Ashland, OR.

You don’t want to miss this incredible series hosted by PJ Ochlan.

Sign up and information can be found at: http://www.deyaninstitute.com/inaugural-masterclass-series.html Questions? Email frankie@deyanaudio.com