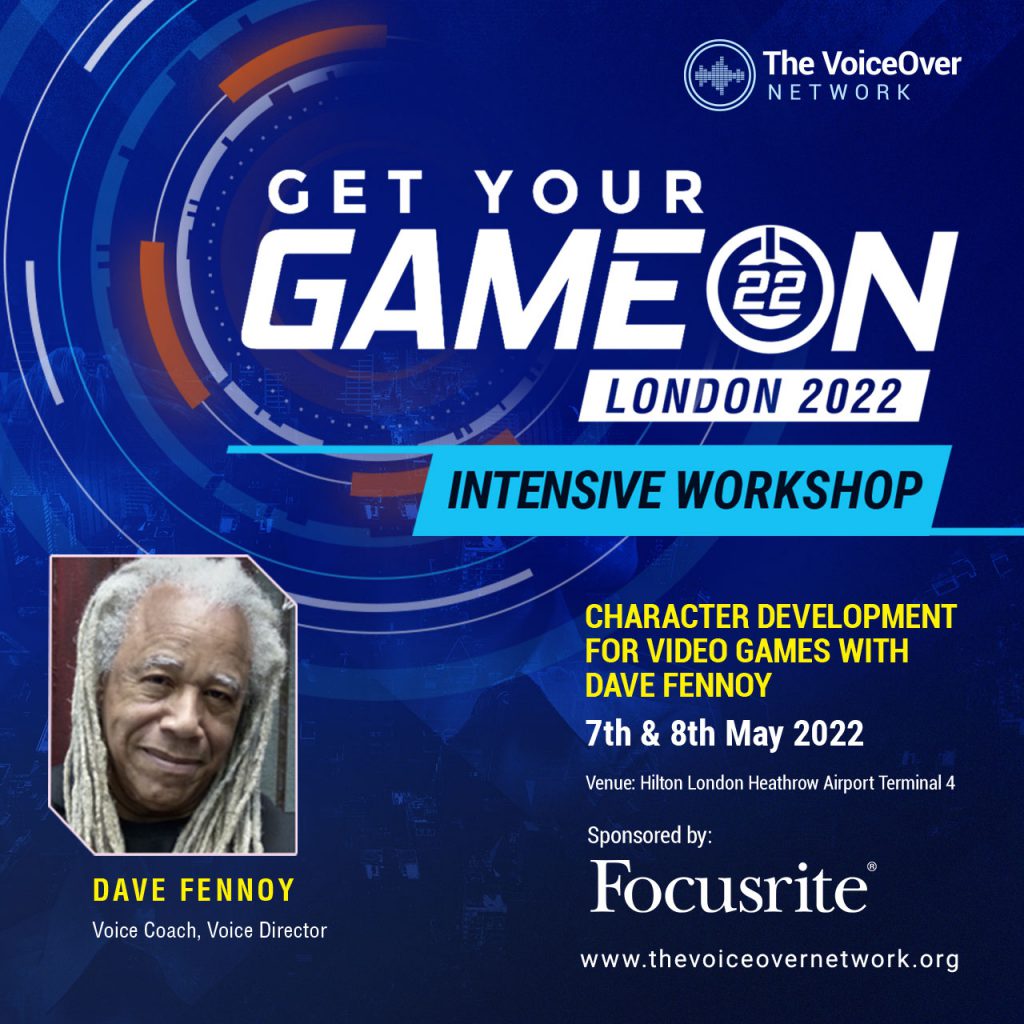 This intensive video game character development workshop with the legendary Dave Fennoy will cover a full list of elements, key to delivering your ultimate performances.

He will work with you on techniques to visualise the scene that you are in for every script as well as who you’ll come in contact with and how to interact with them.

You’ll focus on scenarios and situations to extract your best characters. How will you react if you’re in a battle or punch-up, you’re on fire or surrounded by zombies? Dave will work with you on the fundamentals of character development for video games, making your performances believable and authentic across a range of roles. There is nothing more fun than creating a character performance and determining how that certain character will act in any given situation. How do you create character voices that resonate with people and have staying power? This Intensive Workshop will give you the confidence to discover the answers and perform your best character work.

Dave Fennoy has revolutionised video game voice acting training and this workshop is an incredibly popular one that The VoiceOver Network have run in London with Dave 5 times, all of which have sold out very quickly.

Attendees will come away with knowledge, confidence and so much more. Read a blog from one of the past attendees.

Dave Fennoy is one of the most in demand voice actors in Los Angeles. He is known for his versatility, providing voices for commercials, narrations, TV promos, award shows, animation, and video games.

Gamers enjoy his work on numerous games, especially his portrayal of Lee Everett, the playable character on 2013’s Game of The Year, The Walking Dead Game, for which he earned several nominations including a BAFTA for Best VO Game Performance and won the Machinima and Dice Awards for best performance in a video game. Dave has voiced of a wide variety of characters and creatures, heroes and villains, warriors, wizards, and weirdos in more than 500 games on some of the industry’s biggest titles, including Zawavari in Marvel’s Avengers; War for Wakanda, The Lucius Fox in Telltale’s Batman and Batman Arkham Knights, Vol’jin in World of Warcraft, Gabriel Tosh in World of Starcraft, Keegan in Gears Of War 5, 6 characters in DOTA 2, Overload in Transformers, Underground DJ in Mafia 3, Weskham Armaugh in Final Fantasy XV, and the Super Mutant in Fallout 76.

IMDB has named Dave Fennoy “one of the 20 best male game voices of all time”.