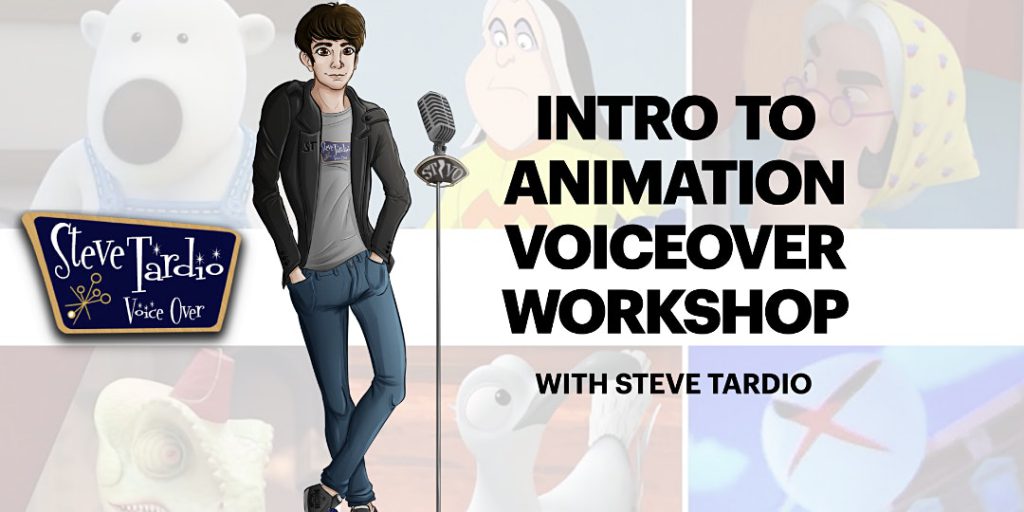 This 2-hour virtual class (via ZOOM) covers all aspects of voiceover recording for animation and video games. Get an introduction to the industry and learn what it’s like to record in the booth.

We’ll cover the different areas of animation – including classic animation, video games and ADR work. Get to know what’s available and the differences in each area.

Learn to read scripts with authenticity. Understand delivery and emotional storytelling, no matter if you’re imitating a known character or creating your own. Identify different types of character voices.

Steve will help you explore your potential as a voiceover professional.

Practice vocal variety – Pitch, Pacing, Value and Volume and voice placement to create different characters. Identify when and where to employ these elements.

Steve Tardio is a SAG-AFTRA professional voiceover artist with over 10 years of training and experience. Steve’s unique sound brought him into the world of voicing animated characters for animated shows/features, commercials, promos, audiobooks and video games. Steve has also taught his Intro To Animation Voiceover class at New York University’s Tisch School Of The Arts.