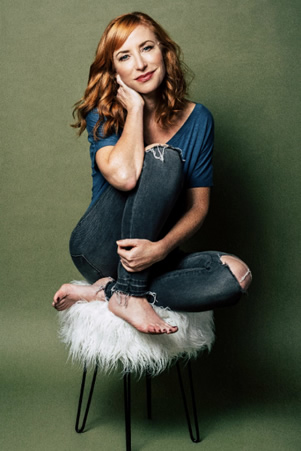 With the right techniques, learning accents and dialects is a lot easier than you think. Many actors struggle to recreate the sounds of a certain accent or dialect, applying the phonetics they learned at drama school or a certain “music” they’ve been told to imitate, only to feel that it doesn’t quite sound right, or that they don’t have the freedom or confidence in auditions or performances. This workshop aims to demystify accents and make them accessible to all. Whether you’re a beginner or a seasoned pro, this workshop will give you a thorough and fascinating foundation of knowledge, tools and techniques to learn any accent or dialect with accuracy, authenticity and much more freedom for both voice-over and on-camera work. Don’t miss this amazing workshop with Karen!

Karen Strassman is an actress, voice-over artist and acting/voiceover/dialect coach, known the world over for hundreds of characters she has created in many forms. Whether on-camera or behind a mic, Karen is extremely versatile.

Recently seen guest-starring opposite David Arquette in the new CREEPSHOW, plays recurring characters: D.D.A. Laura Tribe in BOSCH, devious German scientist Dr. Lois Slotnick in PREACHER, cutthroat Hooli Lead Lawyer in SILICON VALLEY. She has played roles as varied as the brilliant and empathic scientist Devra Bogdanovich in INGRESS, a dying immigrant from Northern Ireland, doctors and lawyers, the quirky bookish OCD accountant on WEEDS, to a killer’s trailer trash mother on CRIMINAL MINDS. Upcoming roles include an appearance on PENNY DREADFUL, HOMECOMING, GONE HOLLYWOOD a nd a lead in the long awaited release of Director Tom Six’s highly anticipated daring movie, THE ONANIA CLUB. Recent onstage appearances include THE BASIC TRAINING OF PAVLO HUMMEL opposite Al Pacino and a lead in the new play SLAP, KISS, KILL, headed for the Hollywood Fringe Festival in 2020.

Karen has worked in nearly every aspect of the VO industry in the last three decades: radio and TV commercials, animation, narration, documentaries, promos, audio books, celebrity voice – matching and voice replacement, internet media, video games, talking toys, dubbing, looping, ADR… Her range of characters spans the voiceover world of cartoons, animation and video games; from the teenage rockstar Catty Noire on MONSTER HIGH, the beloved little girl Olivia on LEGO FRIENDS, sexy Rouge the Bat in SONIC THE HEDGEHOG, Chromie, the charismatic gnome that turns into a dragon from WORLD OF WARCRAFT and HEROES OF THE STORM, to the iconic Mileena & Kitana in MORTAL KOMBAT & the wildly aggressive Poison in STREET FIGHTER. And then there are projects like LEAGUE OF LEGENDS, where she plays five roles, fifteen roles in FINAL FANTASY and the Nicktoons series, MONSUNO, voiced by an ensemble cast of five actors, where Karen not only played the teenage female lead, Jinja, but she also voiced every other female character in all three seasons of the show (last count there were 26 characters). Karen also does a lot of motion capture work including two recent iconic roles: the overburdened French military mechanic Maria Laurent in WOLFENSTEIN II a nd the disturbed doctor Annette Birkin in the new RESIDENT EVIL 2, she is known for creating unique and powerful characters.

Outside of acting, Karen also casts & directs for voiceover projects, and continues to share her expertise as a dialect, voiceover & acting coach. She coaches actors privately worldwide as well as teaching voiceover and dialect workshops around the country and online. She recently been coaching on shows such as CASTLE ROCK, BARKSKINS, and JACK RYAN and loves empowering actors to craft the best character for every project. An extensive list of Karen’s credits can be found on IMDB or at karenstrassman.com.