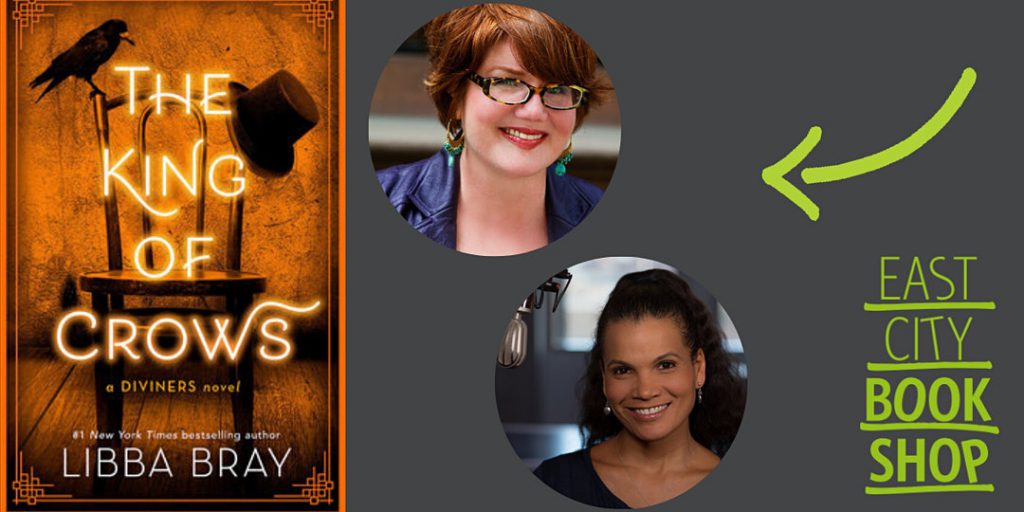 This event is the first installment of Lit Out Loud, a series of virtual events that bring authors together in conversation with the audiobook narrators of their most beloved titles. Join us for a discussion of the process of writing and narrating a book, how it feels to hear your words read aloud and the power of engaging with a story using both your eyes and ears.

Libba Bray is the New York Times bestselling author of The Gemma Doyle trilogy (A Great and Terrible Beauty, Rebel Angels, The Sweet Far Thing); the Michael L. Printz Award-winning Going Bovine; Beauty Queens, an L.A. Times Book Prize finalist; and The Diviners series. She is originally from Texas but makes her home in Brooklyn, NY, with her husband, son, and two sociopathic cats. You can find her at…oh, wait. You already did. Nevermind—you are a genius!

An Audiofile Magazine “Golden Voice” since May 2019, January LaVoy has an extensive body of work in both narration and commercial voiceover. With hundreds of audiobook titles to her credit, she has received more than two dozen Earphones Awards, sixteen Audie Award nominations (including four wins), and was named Publishers Weekly’s “Audiobook Narrator of the Year” for 2013. Her voice has been heard in national campaigns for products such as Revlon, Toll House, United Health Care, Dannon, Asthma.com, Home Depot, and Obama for America.