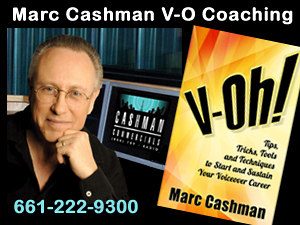 So you’ve played videogames for years (or seen kids play them, at least) and you figure, “Hey, I could be one of those voices!”

Well, you know what? YOU COULD! But it’s not as easy as it looks (or sounds!)

Want to be front and center and directed by a videogame director who casts voice actors from all over the country–and the world?

Then you want to grab a seat in Marc Cashman’s
one-day Videogame workshop with one of the busiest videogame producers in the business, Randall Ryan.

Casting Director and Producer at HamsterBall Studios, Randall has been working for over 25 years with actors on every inhabited continent, casting and directing video games like Hearthstone, Lord of the Rings Online, World of Warcraft, Dungeons & Dragons Online, Vacation Simulator, Transformers: Optimus Prime, the Deer Hunter series, The Walking Dead, Chivalry, Ultrawings, World Series of Poker, Dora the Explorer, Barbie, and Little League World Series.
Want to find out if you’ve got what it takes?

This is a challenging day for actors as well as voice actors who want find out if they’ve got what it takes to be competitive in the world of videogame performance.

This one-day workshop will show you:

-How to submit job-winning auditions
-How to develop character voices that producers want
-How to prepare for a videogame session
and much, much more!

Limited to only 10 participants in Los Angeles
it’s scheduled for:
Sunday, March 8th, 10AM to 6PM,
at Voicetrax West in Studio City, CA.
Lunch + snacks are included.
The cost: $395.

(Just scroll down to the bottom of my Square page)

“What I love about Marc Cashman’s workshops is the caliber of directors and producers he brings to the table. The Video Game Workshop was an absolute blast. Everyone had a great time and learned a TON. The diversity of talent that attended was amazing. From 20-somethings to 75 and everything in between. Randy Ryan from Hamsterball was great and really took the time to get the best from each of us. Marc’s workshop gave me the confidence to go after animation and videogame auditions with a vengeance! Thank you for facilitating this workshop, Marc. When you have another, SIGN ME UP!”
–Bob Jenner, Los Angeles, CA

Marc Cashman, no stranger to videogames, has voiced dozens of games, most famously the plastic surgeon in “Twisted Metal.”

“Marc Cashman’s workshop is an invaluable tool for every voice actor. He helped me understand the nuances I need to implement in my voice-over performances in order to stand out from the crowd and book the job. It’s the type of workshop that you can take once or several times throughout your career to stay fine-tuned.” —Terese Aiello, Voice Actor

Use a credit card to reserve your seat: https://cashman-commercials-inc.square.site

Email with any questions, anytime: marc@cashmancommercials.com