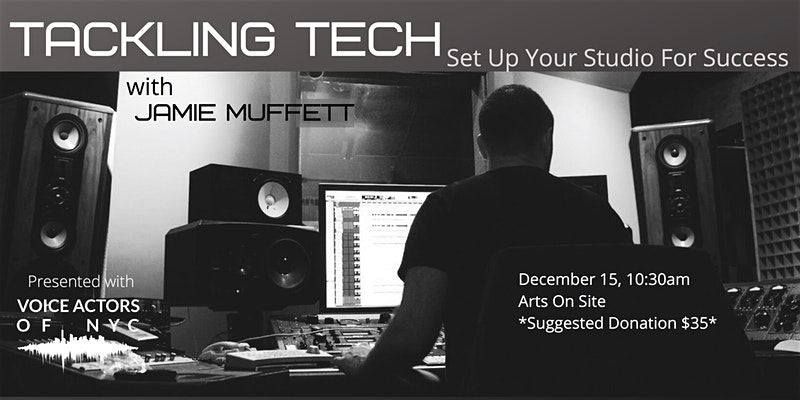 New to voiceover? Established but would like to brush up on your knowledge? Jamie Muffett covers everything you need to know to set up and operate your home studio.

In this three hour class he will cover:

The class is divided into sections and includes three Q&A portions – lots of opportunities to get your questions answered!

No prior knowledge required.

Jamie Muffett is a British voice actor who lives and works in New York City and Bucks County Pennsylvania. He moved to NYC from the UK in December 2009. He has worked in voiceover for ten years, and has been in music and audio production for over 20 years.

Jamie has voiced for national TV ad campaigns in the US, UK and across the world. AAA video games, promos for NBC, ESPN, Nickelodeon and Reelz Channel, documentaries in the US (Nat Geo/Smithsonian) and UK (Channel 4) and featured at film festivals such as Cannes, Phoenix and Toronto.

He also hosts and produces the VO School Podcast, educating on the art, craft and business of voiceover. Ha has lectured on voiceover at Syracuse University and is a regular contributor and ‘Backstage Expert’ at Backstage Magazine. Jamie also co-chairs the VOcation Conference in New York City.