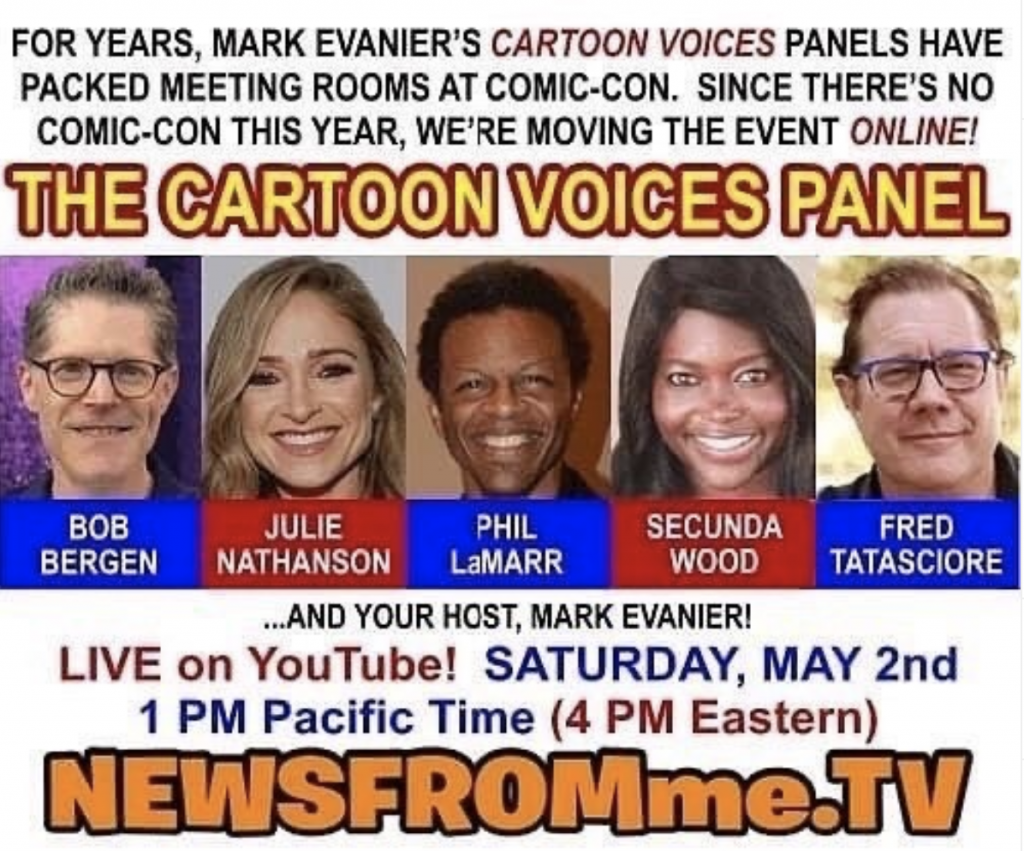 Every year at WonderCon and Comic-Con International, Mark Evanier hosts one or more panels of top cartoon voice actors, discussing and demonstrating their craft. Since neither con is happening this year, we’re going to try moving it online so you can watch them do what they do in real time. Appearing live from their own home recording studios will be Bob Bergen (the voice of Porky Pig and many other classic characters and heard on Curious George and the Star Wars cartoons and more), Julie Nathanson (from Suicide Squad: Hell to Pay and Ubisoft’s Far Cry 5, among other credits), Phil LaMarr (from Justice League Unlimited, Samurai Jack, Static Shock and many more), Secunda Wood (heard on Boss Baby, Fast & Furious Spy Racers and dozens of videogames) and Fred Tatasciore (The Hulk, Family Guy, American Dad, et al). Let’s see if we can make this work.