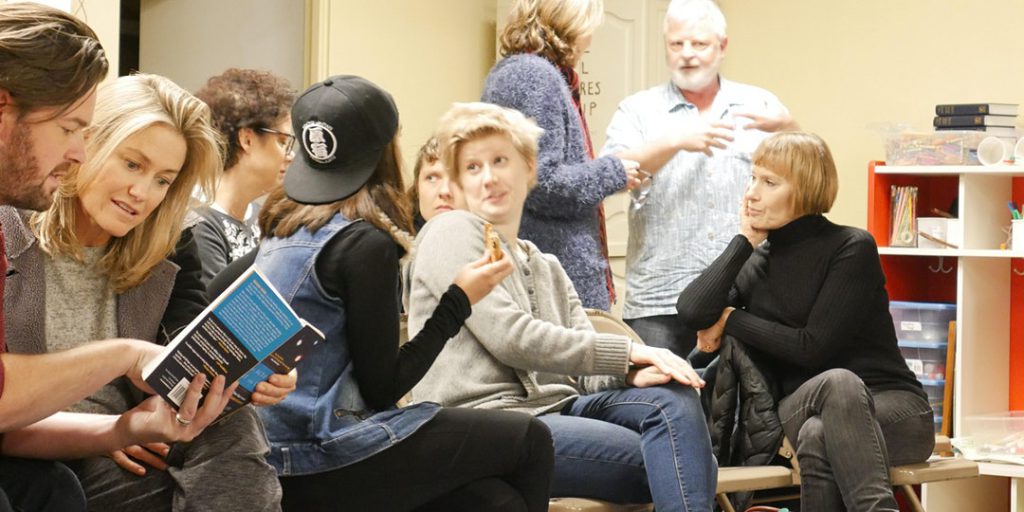 Over three sessions, Jeff Steitzer–an accomplished voiceover actor–will be coaching participants on how to record a winning audition. He will cover basics, like what type of home recording equipment will give you an edge with casting directors, and he will dive into deeper issues like, how to interpret and present an audition script. (A video clip of Jeff voicing Halo can be watched here.) All sessions will be held via zoom, a link to which will be distributed before each session.

The workshop will run three sessions over which time participants will record their own voiceover audition, which could be the begging of a voiceover reel for those who do not have one, and will generally learn from one of the best in the business.

Jeff has acted on radio in Imagination Theatre radio dramas, and has narrated several audiobooks. He has done voice acting for multiple video games, and, again, is best known for voicing the multiplayer announcer in the Halo video game series. In addition to being a voice actor, Jeff is also a stage actor and director. In 1985, Jeff became a resident director for ACT Theatre, and became the organization’s artistic director in 1988. He remained the artistic director until 1994. The theatre was successful during his six-year tenure. He has also directed for other organizations such as the Seattle Shakespeare Company and The Village Theatre.

Jeff has played numerous roles on stage including Dr. Watson, Ebenezer Scrooge, and Gerald Ford. He played Frank in the premiere of Steven Dietz’s play Private Eyes and Garroway in the premiere of Dietz’s play Over the Moon (2003), adapted from The Small Bachelor. He also appeared on Broadway in Mary Poppins (2006) replacing another actor as Admiral Boom and the Bank Chairman, and in Inherit the Wind (2007) as the Mayor.

Eastside Actors’ Lab is committed to providing cost-effective actor training. For those who need it, this Workshop qualifies for the Lab’s Scholarship Program. If you require financial assistance for this workshop, please send a request to Trent@EastsideActorsLab.com.