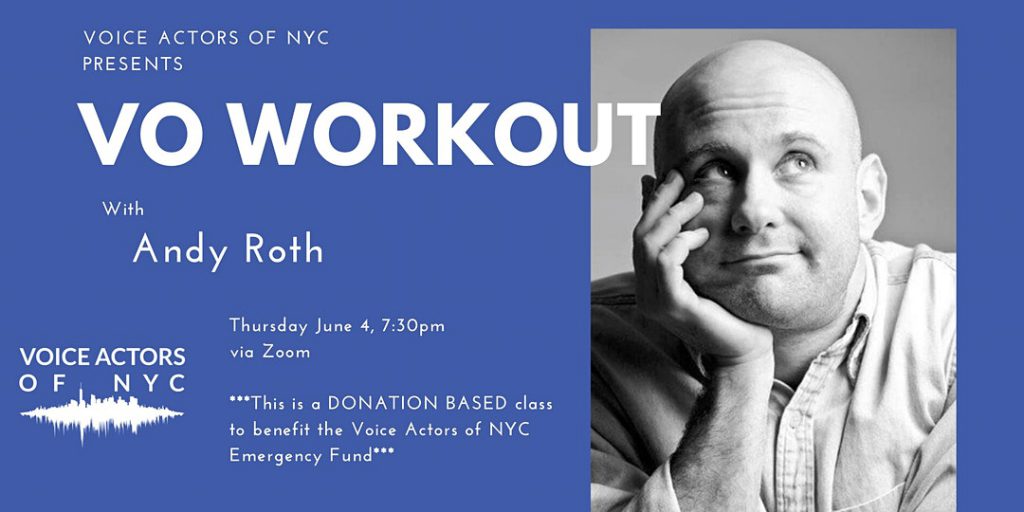 Andy Roth is one of New York’s busiest Casting Directors with a career that has spanned over two decades. As the in-house booth director for Cunningham Escott Slevin & Doherty (CESD), he performed the casting for over a thousand animation, commercial, television, film and video game projects. As an independent he’s been working with many of the biggest advertising agencies, casting houses and production companies in the world where he’s cast for such notable names as Discovery Kids, Calvin Klein, Geico, Fenway Park, Kraft, and many more. His handiwork can be seen on just about any network, video game system, and all over the Internet.

Andy’s a producer of award-winning animated content, and he is currently directing two new animated series slated for release later in 2020.

Donations from this class will benefit the Voice Actors of NYC EMERGENCY FUND. The fund provides assistance to the voiceover community in NYC and beyond during this difficult time.

If you would like to make a donation to the fund in honor of this class, please PayPal ANY amount to VoiceActorsNYC@gmail.com

*Zoom details will be given on the day of class, and will also be available here on the event page.