Guest Blog: Howard J. Unger – Voice Over Artists and the Scams They Face 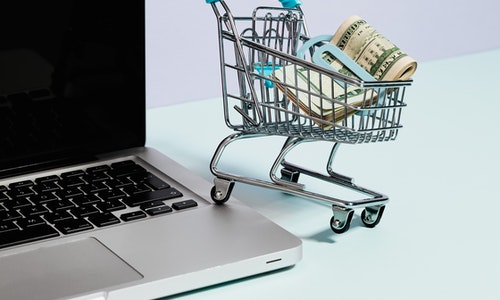 Guest Blog: Howard J. Unger – Voice Over Artists and the Scams They Face

Voiceover Artists and the Scams They Face

It was inevitable that the Online Fraudsters recognized the Voice Over Marketplace as ripe, low hanging fruit,  to infiltrate and cause problems.

Why the Voice Over Community, you might ask. The NYU Dispatch writes” The internet has made it easier and more accessible than ever for individuals to break into voice acting, even without professionalcoaching. Websites such as Voice.com enable aspiring voice actors to create an online profile and audition without needing to hire an agent. This goes hand in hand with the boom of the gig economy, which comprises 36% of workers in the US. It sounds promising for freelance voice actors who want to achieve their goal of turning it into their main profession.” The Voice Over workforce has exploded over the past recent years. A famous hit song once claimed, “Video killed the radio star,” but that’s not true at all. In fact, in 2017, almost 40 years after that song was released, there was a reported 900 percent increase in the number of “voiceovers required to be voiced” over the span of the previous three years.

As I see it the three major “practical” attractions Voice Over offers those who want to enter into it are:

Voice Over Fraud Infiltrators, The Why’s and How’s.

With the over 900% increase in Voice Over projects there is an ever -increasing need for Voice Over Artists. Forecast trends for 2019 in the field of voice acting have predicted that there will be more demandin e-learning, with an emphasis on more versatile education solutions and the accessibility of information on a larger scale. The e-learning market is expected to grow to be worth over $200 billion by 2024. I think , especially today with Covid-19, that market may actually be larger in dollar amount. This and other facts create a target rich environment for Internet Voice Over Fraud not lost on internet criminals. So how does the fraudsters work within the Voice Over community? What is the door that allows access to our Voice Over community, Social Media. Social Media offers a number of features that criminals may find attractive. Fraudsters can use social media in their efforts to appear legitimate, to hide behind anonymity, and to reach many people at low cost. In my case they posed as a client, a very respectable international organization everyone would recognize, and they did their research on how to conduct themselves in the Voice Over business arena. They also researched real individuals who were employed by this organizationby looking for them on LinkedIn claiming to be them, in case I researched the names.

This was a sophisticated scam, not the usual Nigerian email claiming to be some politico wanting to park millions in your bank account, and willing to give you a percentage for doing so. I was fortunate to know almost from the beginning that they conducted business in dubious manners, and confirmed it when they asked me for a copy of the bank deposit slip proving I received and deposited the money in my business account sent by them to me for the Voice Over Project I completed.

As a Voice Over Artist How Do I Protect Myself From Internet Fraud?

The situation I went through was far more than “If it sounds too good to be true, it probably is” scenario. Here are a few suggestions I recommend when approached by a new client:

Keep your info close. Don’t give it out unless you’re sure you’re dealing with a real company or organization. Don’t give out your Social Security number or bank account information. Take your time. Scammers will push you so you won’t have time to figure out they’re phonies.

Finally, and most important is that you report it. Scammers are hoping that you will either be too embarrassed or not willing to put in the effort to report the scam and warn others. Most Banks I believe have a fraud division, so contact them ASAP about any possible breach to your account. The FBI has an Internet Fraud division as well and the reporting forms are online. One more recommendation and that is, keep all correspondence with the scammers and make a hard copy of them. This is in case it is needed for evidence in court, if they are apprehended.