Guest Blog: Karla – America Bilingual: What Color is Your Paragraph 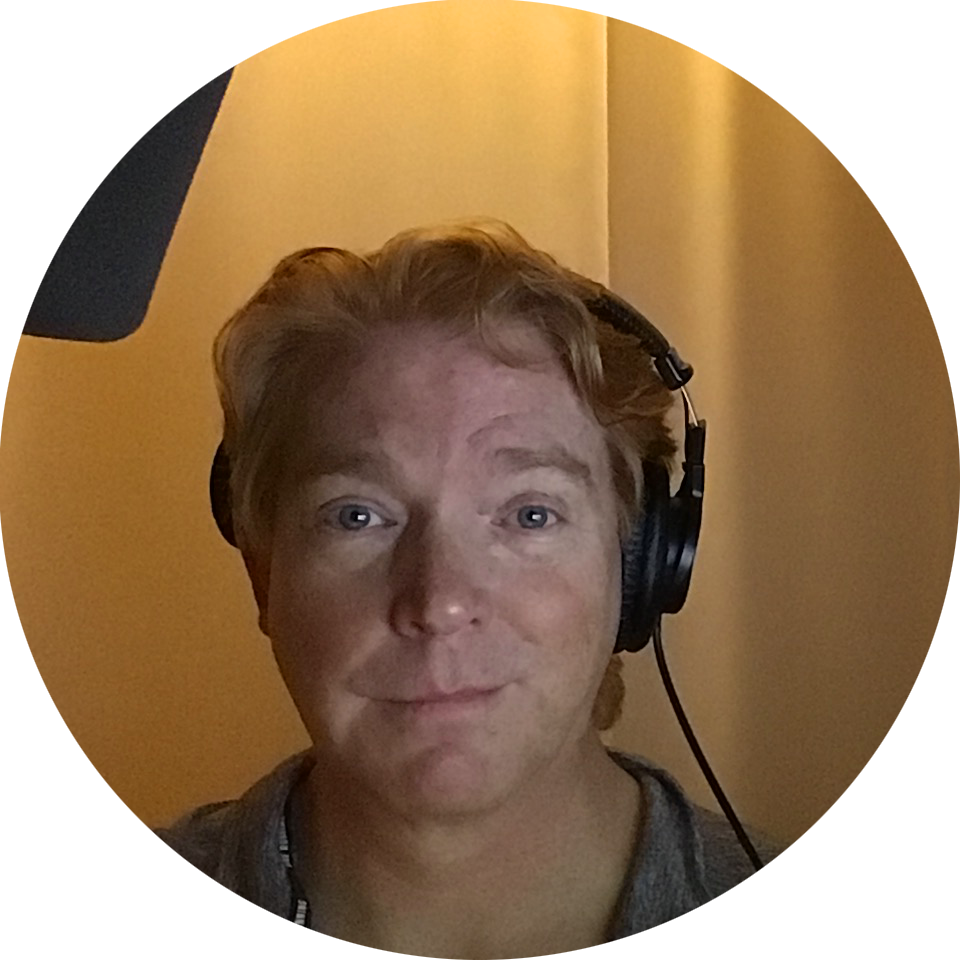 Guest Blog: Karla – America Bilingual: What Color is Your Paragraph

America Bilingual: What Color is Your Paragraph

From: America the Bilingual

You would think that a professional audiobook narrator sees words on the page that they’re reading from. Sean Pratt, who’s won six awards from AudioFile magazine and snagged two Audi Awards nominations, does see them, of course. But there amidst the black type, he spies something else that the rest of us don’t.

“I look for the paragraph colors,” Sean says. “If you look carefully enough in the text, the author will tell you how they feel. Are they frustrated? excited? bewildered?”

For Sean, those paragraph colors provide the clues: What adjectives and adverbs do the author use? What significant words crop up more than once in a paragraph? “Always look for repetitions of text,” Sean advises.

When Steve hired Sean to narrate the audio version of his book, America’s Bilingual Century, he didn’t know about these paragraph colors. He just knew that he didn’t want to be the one reading his words aloud.

“I narrated my first book, The Little Guide to Your Well-Read Life, and knew that the next time, I would only let a professional do it,” he says. “I worked very hard at it, but the end result deserved a B at best.”

Tics in the text

Steve describes Sean as the “Zen master” of nonfiction audiobooks. “I loved his pacing, his subtle change of tone, the confidence he gives the listener,” Steve says about Sean’s finished product. “It’s clear he’s focused on what the words mean.”

Sean did the usual Google search on Steve before he started narrating the book and listened to some of Steve’s podcast episodes. “This was simply to have a general biographical sketch, not to mimic him,” Sean explains, even though Steve wrote much of the book in the first person.

“The character of Steve is what I find in the text,” Sean continues. “What is his writing style? His point of view? How does he use punctuation in a unique way—ellipses and dashes and brackets? Those are verbal tics that imply a certain voice.”

And then Sean shares the approach that has made him such a successful audiobook narrator of more than one thousand books, including the recent Oprah pick of Hidden Valley Road.

‘All the words a stage’

“As I tell my narration students, ‘If it ain’t on the page, it ain’t on the stage.’ You only get to work with what’s on the page,” Sean says. “It’s a technique I learned from acting. The tone of the text affects the melody and rhythm of your speech.”

Sean worked in classical theater for years before he started recording audiobooks. In New York’s Off-Broadway Pearl Theatre, he would perform Shakespeare, Shaw, Sophocles, Molière and Brecht, among others. What was on the page was all he and the other actors had to work with, including its punctuation.

“We’d have huge fights sometimes over a comma,” he says, somewhat wistfully.

And therein lies the rub—or rather, the reveal. Sean isn’t so much narrating the audiobook as he is performing it. The words on the page have transformed into a nuanced monologue.

Which is why Steve was moved to say of the audio version of America’s Bilingual Century: “Sean found meaning in the text that even I didn’t know was there.”

Sean also found something unexpected as he was performing the book: those words on the page were beckoning him to become bilingual himself.

“Steve writes the way he thinks, which is why his book reads so well,” Sean says. “The content was delightful—but the message is really important.” As Sean recorded the chapter on switching your phone and other electronics to your aspirational language, and then the chapter on using movies as a learning method, he says he had moments of “Wow! I never thought of that—what a great idea.”

Sean is now determined to learn Spanish. “It doesn’t often happen when you’re recording a book that you get this motivated,” Sean says.

One technique that Sean applies to the text that he’s narrating is what he describes as reaching the arc.

In America’s Bilingual Century, Sean quickly gleaned that the paragraphs were fairly short.
It meant that the arc of an idea—the punchline, so to speak—would not necessarily be at the end of each paragraph.
Rather, it might culminate at the conclusion of several paragraphs.

“I’ll blow right through to the next paragraph if I haven’t yet finished talking about Topic A,” Sean explains.
Then, once he does reach the arc for Topic A, he pauses slightly longer.