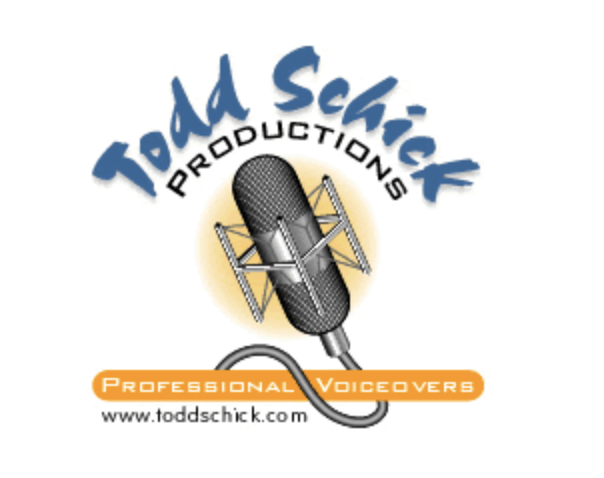 From: the Todd Schick blog

NOTE – Check out the fabulous audio narration of this blog post here.

For those of you who don’t know me here’s a short introduction. I’ve been doing professional voiceover since 1984. I started writing about the on-line business of voiceover in 1998. On this site, there’s a rather extensive archive of articles on voiceover dating back to that time. Indeed, I was one of – if not the first – to offer voiceover services on the internet.

The services-to-talent side of the voiceover industry is rife with corruption and anyone who has been in the business for short period of time knows this to be a fact.

That said, I have always sought to reveal and speak the truth in everything I write regarding the voiceover industry in an effort to educate and inform the most important of stakeholders – talent.

If you notice or feel that anything you read on this site may not be true, please let me know. Indeed, I hope that you discover the truth in this article and in doing so, will encourage others to do the same.

To be fair – it’s a touch early to be writing a review about voiceovers.com – the latest P2P website offering to the voiceover industry.

But, the site works, it’s live on the internet and they’ve collected a buttload of subscription money from voice talent. It’s been over a year since collections and there’s not much of voiceovers.com to review with respect to performance.

“…YOUR future is accepting applications….”

As it turns out my “opportunity to apply” for a spot on the roster cost $199.00, but I didn’t know that until I got to the end of the application process – Ye Olde bait-and-hook tactic from Marketing 101. I think the only thing missing from the e-mail was…..

“What I’m about to tell you will change your life forever…..”

Regardless, based on the weight of the URL (not the mailer)….I bought in as did many others. Flash forward one year and after seeing virtually nothing in the form of auditions, I thought it prudent to (first get a refund) do some research and post a voiceovers.com review on my site.

Virtually no auditions at all from voiceovers.com for months (what I did get was junk)…but when I asked for a refund, suddenly higher end leads appear. Coincidence? You tell me.

Voiceovers.com looked kinda promising on paper – to everyone. We all quite happily “paid for an application” early in 2019….and with good reason.

With voiceover talent worldwide tired of more than a decade of unethical crap out there like Voices.com, the industry was (is) in desperate need of something fresh….and more importantly – transparent.

In fact, the word “transparency” is used so much by the people at Voiceovers.com (and members), it’s hard not to conclude that the issue of transparency industry-wide was their primary marketing plan all along.

Ironically, it’s the issue of transparency (or lack thereof) that could lead to the demise of this website and I’ll tell you why as we continue the voiceovers.com review……

Sorry about the ice-pick in the forehead…

Here’s the thing. Via my Pro membership on Voiceovers.com – I personally got maybe one lead a week of the IVR/On Hold $240.00 variety.

This got me to thinking that maybe I should write a voiceovers.com review. So, I started by contacting a few of those Gold Members to see what their view is like from the top of the mountain.

Turns out, the weather on the mountain top is the same as at the bottom – cloudy and cold with limited visibility.

Everybody on the top are optimistic though; they seem to be quite confident that the clouds are going to clear up really soon and they’ll see massive returns on their $4,000.00 investment.

I wouldn’t hold my breath – the air is pretty thin up there.

Sadly, this company made a huge mistake from the start by copying many aspects of the Voices.com and Voice123 business models; the worst being Tiered Membership.

In a nutshell, the “tier” a subscriber purchases dictates how many auditions or leads they get from the site for work. P2P website operators – including Voiceovers.com – are historically never transparent regarding who is getting what.

So, we have no transparency from a site that markets the opposite.

Or, you can be a schlep like me and the 1,065 other voice talent who bought a Pro membership for a reasonable $199.00 (early bird price) because we all thought that Voiceovers.com was the Second Coming of…….well, something better and transparent. Your Pro membership gets you….

Here’s the thing about tiered membership for voice talent on P2P websites – it doesn’t work. For anyone.

Offering memberships for thousands of dollars and then sending the lion’s share of all the voiceover job leads to 50 or so voice talent, waters down the roster and soaks the folks at the bottom.

As a result, clients posting jobs on the site suffer the consequences because they only hear auditions from those (50) talent who have paid for the privilege to audition……even though the site has (seemingly) 1100 “professional” voice talent on the roster.

Consider that many of those talent who could afford to spend $4,000.00 may be similar in vocal style – further limiting a client’s choices.Then there’s the notion that $4,000.00 may have been accepted from talent who are marginal or average with respect to skill set.

So…….what is Voiceovers.com selling exactly? High-brow exclusive VO talent branding services for the few, or a P2P site for the many?

I know for sure clients don’t care – they just want to listen to voices…and when it comes to a P2P site, I dare say more than the same 50 voices over and over again.

Let’s crunch the numbers, shall we?

What’s a voiceovers.com review without some hard mathematics?

Turns out this whole math thing was highly problematic. There are 49 Gold members and 1065 Pro members – I think.

If you go page-by-page through the search results, talent profiles repeat, so it’s hard to get a firm number. It’s painfully obvious that they’re making it look like there’s more talent on the site than there is.

The Gold members I counted individually. Then, I looked at the page counter at the bottom that revealed 213 pages left at five talent per page – all the Pro members.

So – based on that calculation – here’s the subscription numbers:

Basically half a million….and that’s just subscriptions! Let’s not forget that Voiceovers.com also charges a hefty 20% commission on every gig.

Yep, that should be enough startup cash to keep Matt Dubois in the black AND hire Graeme Spicer to get those renewals for next year.

On that subject, let’s talk overhead.

Alright, let’s be really generous and say the website cost $50,000 for development. If it cost more than that, then Matt’s a complete idiot. That leaves $400,000+ for the office, Matt’s salary and Graeme Spicer’s cut…..sounds like a good year in Vegas.

The one consistent comment I heard from the Gold members, was (generally)…

“They are being really transparent and really great about everything – great SEO results! They keep me informed and are honest about how things are going…..Matt is a great guy….an advocate for voice talent….”

Look carefully at the appointment of Graeme Spicer. He comes from a retail sales/marketing background . Graeme dabbles in VO, but majors in selling VO talent services having graduated from the Edge Studio University of Voice Coaching and Demo Production in NYC. One day before subscriptions became active (December 12, 2019), he’s suddenly appointed “Director of Talent Services” for Voiceovers.com.

Why? All I can say is, beware the phone call from the guy who used to work at K-Mart and Billy Bob’s VO Demo Hut Emporium.

Of those Gold Members contacted all reported a “somewhat steady” flow of leads (a generalization) and one reported revenues. Most avoided the subject of ROI. Truth be told, I got the feeling they all liked Matt and didn’t want to throw him under the bus.

I contacted the same amount of Pro members and they all said the same thing – nothing in the way of auditions, but they believed in what Matt is doing. I personally can’t believe what he’s doing…..but that’s me.

All members – Gold and Pro – were on the same page regarding the quality of leads. What auditions they do get for work, most are not worth the effort.

The bulk of all the leads that come into the site this day obviously go directly to Gold Members to keep them happy, because they’re looking a lot closer at ROI. To make sure that group of fifty people break even on their $4,000 investment, they’ll have to generate roughly a quarter million in revenues in 12 months, because they’re taking a 20% commission on every job, remember?

That means Pro members take it on the chin and get next-to-nothing IVR/On Hold scraps (unless you just asked for a refund), because hey….they only spent $300.00 on a new site that’s just getting started. I mean really, who cares about them?

Who cares? The Pro members. Because they – all 1065 of them (maybe, we don’t know for sure) – made a “goodwill gesture” that added up to…

Wow. That’s a BIG number. A lot of money from a lot of people who will most likely never even audition for gig, much less see a return on their hard-earned dollar.

And remember, we’re not talking hacks here….these are (ahem) “Pros”…..like me.

So, is Voiceovers.com really better and “transparent” compared to what’s out there? In my opinion, no.

Think of it like a kind of pyramid scheme. So long as there’s people paying $4,000 to stand on the top, the people below get stepped on until they all leave. Those left, are faced with paying $4,000 every year to get….anything.

As time goes by, the website ends up with a smaller and smaller roster of those $4,000 voices that clients get tired of hearing. Clients leave one by one…..and the business model reveals its weakness.

Tiered membership, exorbitant fees for exclusivity, lower tier members getting screwed…topped off with a healthy amount of smoke and mirrors. It’s hard NOT to compare this site with Voices.com. It’s how they operate their business to this day! The only difference being that people “like” and “believe” in what Matt is doing whereas David’s reputation precedes him in the most unflattering of ways.

Make no mistake…belief in something is powerful thing. Indeed, it can put really bad people in charge of very powerful things. We’ve all seen a lot of that lately.

Don’t forget – I talked to quite a few voice talent and other professional colleagues as part of my research on this website. Agents simply stated they’d seen it before many times…..no surprise. As for talent….my strong gut feeling is that everyone didn’t want to accept the fact they made a mistake buying in and instead….tried to justify their investment.

As a paid member of this website – a veteran voice talent – I took off the rose-colored glasses and had a look at my wallet. There was no ROI on $200 after a year and the forecast was looking really bad. I came to the conclusion that I had been sold the “illusion of transparency” and logically asked for a refund (thank you, Spock).

“The road to hell is paved by good intentions….”

I’ll put my money down on the latter.