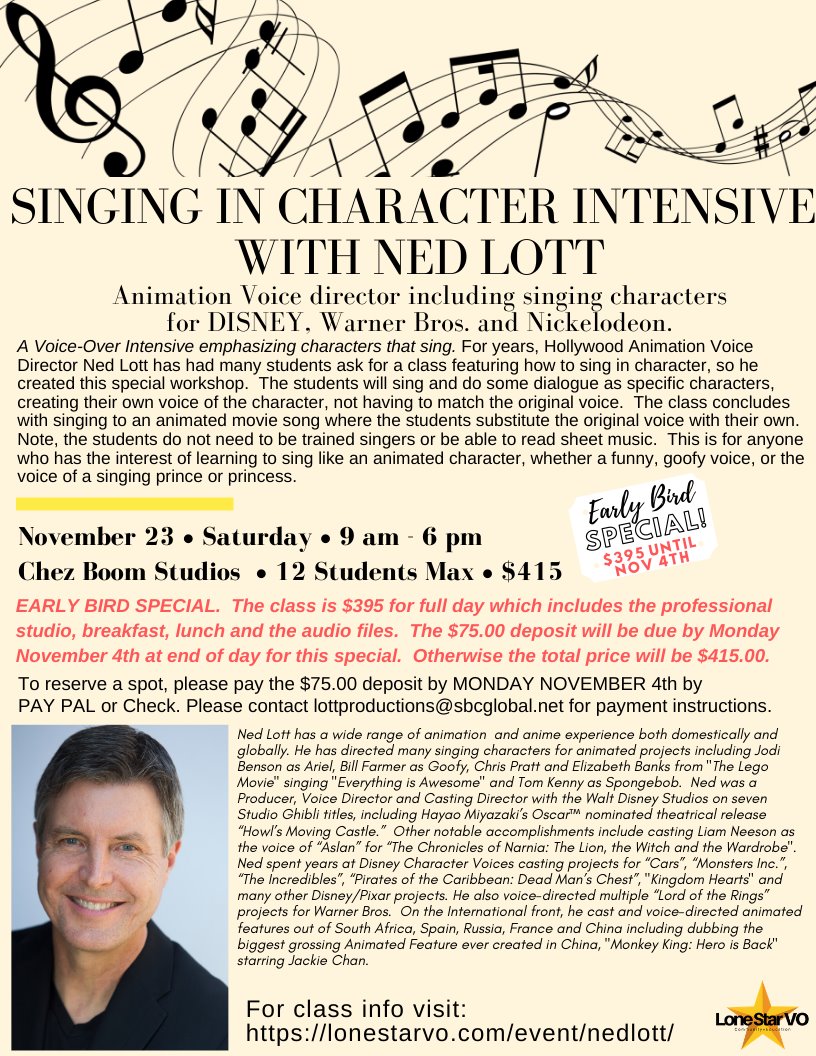 Animation Voice and Casting Director including directing characters for DISNEY, PIXAR, WARNER BROS. and NICKELODEON  INTRO TO VOICE-OVER FOR ANIMATION: is a Voice-Over class designed for those who are interested in knowing what it’s like to be the voice of an Animated Character.   Ned Lott will use his background as a Voice-Over Director for Disney, […]