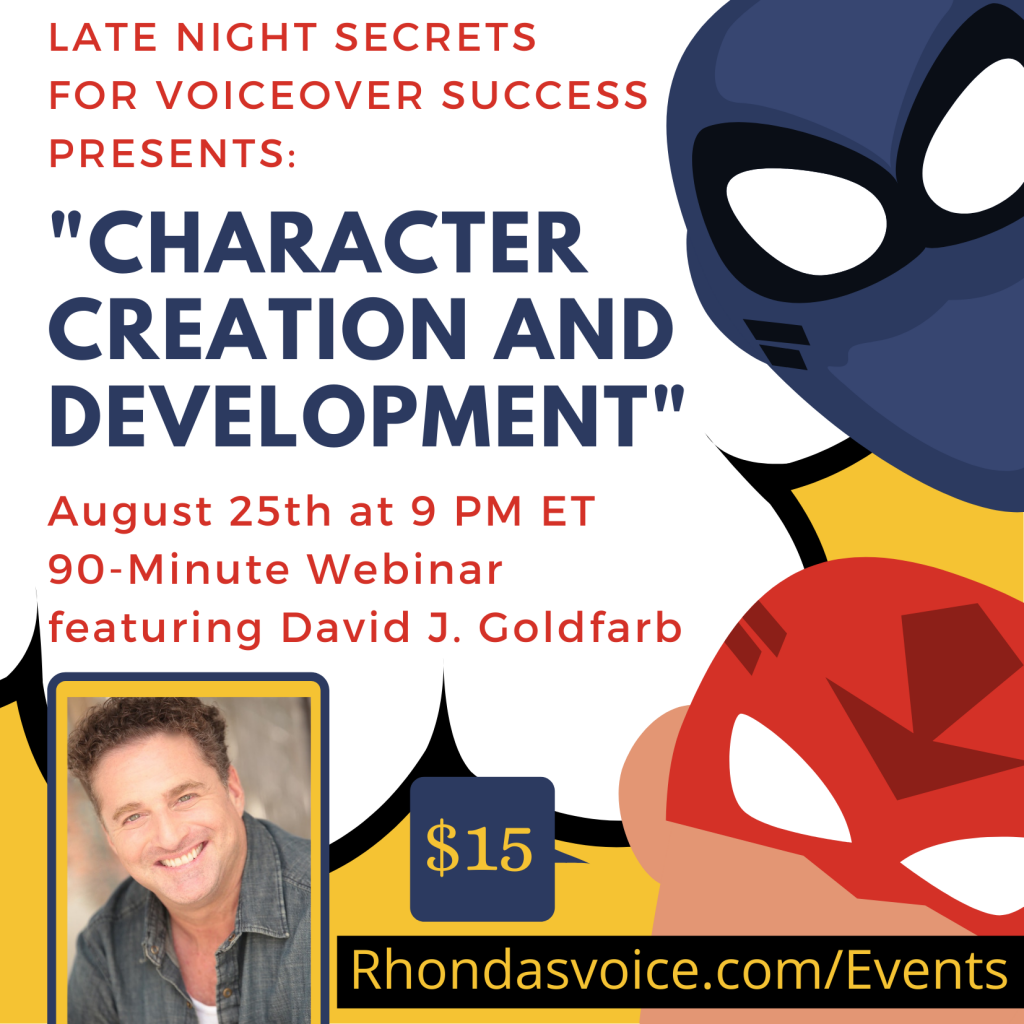 During this 90-minute webinar, you’ll learn some of the mechanics of creating and developing various character roles. From making interesting sounds, grunts, moans and groans to being a fully developed video game character, David will cover it all (or at least as much as he can fit into 90-minutes.) There will be Q & A throughout this fireside style chat. Registration $15.

All registrants will receive a viewable replay link. The replay will also be for sale on the Late Night Secrets replay page for those who weren’t able to register. All replay funds get donated back into the VO community.

Born in Seattle, Washington, David J. Goldfarb studied improv at the Groundlings in L.A.  David is best known for his quirky and unique characters for video games, commercials and in film. You’ve heard his voice as Ludwig von Koopa on Mario Kart 8 and seen him spoof Captain Kirk in a Volkswagen commercial. David’s film credits include roles that have won accolades at regional festivals. In 2014, David voiced the witty Dr. Wallow for the game, Bombing Bastards. He is also creating dinosaur sounds and voices for exotic animals in the soon-to-be released Xplore: Pangaea, a web-based virtual educational world for children. His voice overs garnered him one of Seattle’s “Best Voices” awards from Bad Animals studio six years in a row.