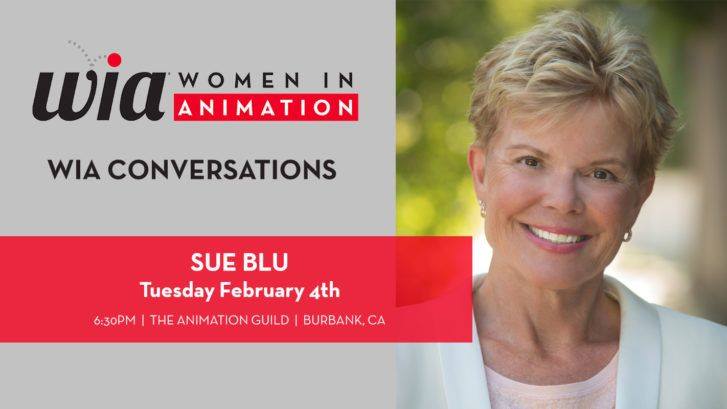 Susan Blu’s vast experience and well respected expertise in Animation has established her as one of the most in-demand Voice Directors in the animation industry. She has directed over a thousand episodes of animated projects that include television series, theatrical releases, direct-to-video releases and video games which has earned her four Emmy nominations. Highlights from her most recent animated television projects include the high profile, and critically acclaimed series’ “How to Train your Dragon”, “Ben Ten”, and “Curious George”, as well as “The Land Before Time”, “Transformers” and the “Star Wars” series. In the feature realm, her latest credits include, “Stuart Little III”, “Brer Rabbit” and “Clifford The Big Red Dog”. The show “Lost in Oz” for Amazon won the Emmy for, best animated show.” as well as the direct-to-video release of “Superman: Strange Allies“, and Curious George”. Highlights of her video game credits include “Surf’s Up” and “Open Season”.

After her voice directorial debut with “Teenage Mutant Ninja Turtles” (for which she directed over 145 episodes) Susan decided to open a voice-over workshop for actors. It quickly became highly regarded, enormously popular and always sold out. From this workshop evolved her book “Word Of Mouth, A Guide To Commercial And Animation Voice Over Excellence“, co-authored with Molly Ann Mullin and Cynthia Songe which is considered the Voice over Bible.

Born in St. Paul, Minnesota, Susan arrived in Los Angeles after she was spotted by a talent scout from Screen Gems Talent. From there her talents took off in many different directions. She landed the role of “The Pillsbury Dough Girl” and went on to voice hundreds of commercials. As an Animation Voice Actor she originated roles on several animated shows including such classics as “The Smurfs, (Gramma Smurf)”, “Scooby Doo (Flim Flam) ”, “The Transformers, (Arcee)””, and “Ghostbusters (Jessica/ Futura)”. On stage her credits include theater tours with starring roles in “The Unsinkable Molly Brown“, “The Desert Song” and “The Boyfriend“. As a young singer she toured in Vietnam with George Jessell on the USO tour and took her One Woman Show to New York and Los Angeles. In front of the camera, she guest starred in episodes of “Three’s Company“, “The Bob Newhart Show“, and “Knight Rider” and on the big screen she thrilled audiences in the starring role of Mrs. Amanda Shepard, the mother of a telekinesis who unwittingly releases Jason Vorhees, in the cult classic “Friday The 13th Part 7”.