Guest Blog: Gravy for the Brain – The Secrets of Preventing Mouth Clicks in Voiceover Recordings 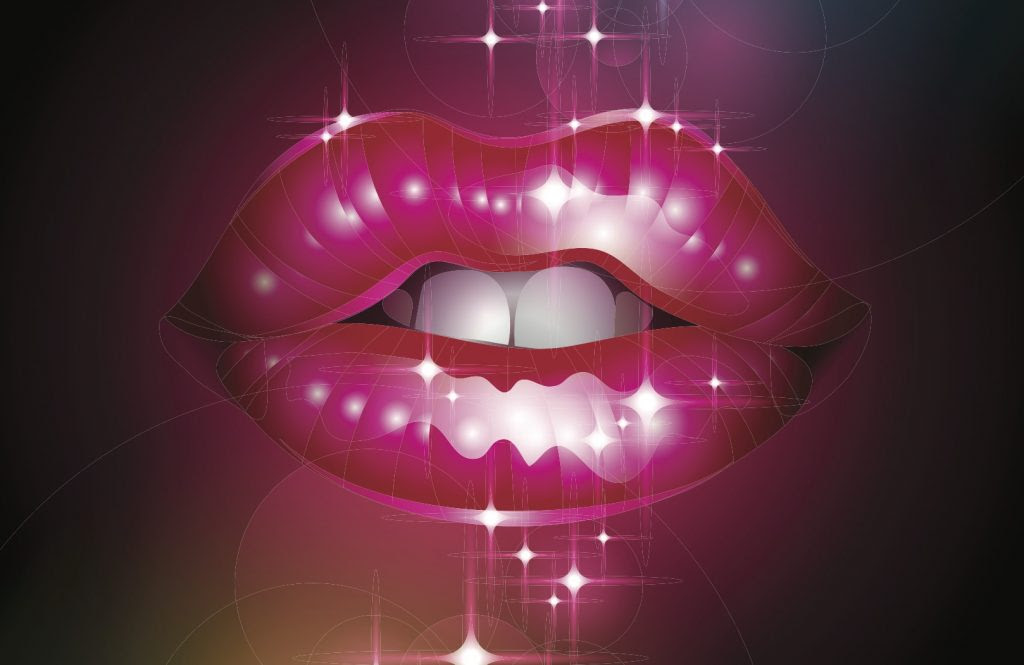 Guest Blog: Gravy for the Brain – The Secrets of Preventing Mouth Clicks in Voiceover Recordings

The Secrets of Preventing Mouth Clicks in Voiceover Recordings

By: Gravy for the Brain

From: Gravy for the Brain

This article aims to help voiceover artists with the much-complained-about problem of mouth clicks on voiceover recordings.

People think that mouth clicks are the same as having bad looks – you just have to deal with them. But it’s not true! Very, very few people have physiological problems which affect their mouth noise. The vast majority of people are just not doing it right!

You can edit mouth clicks from voiceover recordings after the event quite easily once you know how, but this is time-consuming and a pain in one’s posterior.

So, I’m going to show you how to get rid of mouth clicks, once and for all.

What are Mouth Clicks?

Mouth clicks are often referred to as clicky mouth, dry mouth or mouth noise in the voiceover industry.sites They can occur for a number of different reasons. They are also incredibly off-putting.

“I myself have even re-recorded an entire 5-hour session with a new voiceover artist …because the original lady was too noisy. It would have cost us more to edit her than to pay another VO. That’s the detrimental effect mouth clicks can have. “

Mouth-clicks sounds like little clicks or pops that are during, before or after speech. Almost all human beings have some kind of mouth noise when they talk. It’s caused by the tongue, teeth and saliva creating little bubbles, clicks and pops as the speech is made.

Normally when we talk to people we don’t hear their mouth clicks, unless they are exceptionally prevalent or they are very dehydrated (usually hungover)! Our ears tend to filter out the little clicks that we do hear as irrelevant.

Typically, smokers of 200 Marlboro’s a day are more clicky than others, but then so are those who drink a lot of coffee in the mornings. Again, this is all down to being dehydrated; both cigarettes and caffeine are diuretics, meaning that they effectively sap the water from your body!

In point of fact, the reason that being dehydrated makes you clicky is that your natural saliva is less wet. => Less water in the mouth means your mouth is drier and stickier. => Sticky saliva means mouth clicks.

So that’s being dehydrated. But it’s not all just about dehydration. Ironically though:

Being Over-Hydrated Can Also Cause Lots of Mouth Clicks!

Of course, this isn’t actually true, but it isn’t as silly as it sounds. Voiceover artists who are dehydrated tend to gulp down as much water as they can in a short space of time. Having lots of water in the mouth is going to make the action of the tongue just as likely to make mouth noises as a sticky mouth.

If We Don’t Normally Hear Mouth Clicks in Speech, Why Do We Hear It On Recordings?

Mouth clicks are emphasised as part of the recording & post-production process.

The audio signal is recorded and then the post-production process of compression is applied to the voiceover recording.

This has an interesting net effect: the overall volume becomes quieter so you need to turn it up for it to be as audible as it was when you delivered it into the mic. (Normally done either through volume increase or normalisation)

(It’s imperative to understand here, that all vocal recordings must be compressed or they cannot be mixed with any other audio. So before you say it, no you can’t miss out the compression step!)

Take a look at this image of a speech waveform with a click in it (highlighted in white) before compression is applied:

Now take a look at it after compression – the click is the same size, the rest of the waveform is ‘smaller’:

And finally let’s turn the whole waveform back up to the same audible level:

You can clearly see that the mouth click is now much louder than it was before, relative to the original recording. Not only have we raised up the noise floor with compression, we’ve made the mouth clicks louder too.

So the Voiceover Recording and Post-Production Process is Making Mouth Clicks Worse?

So now you know that in advance, it makes sense to try and eradicate the problem at source. For every mouth click you accidentally perform, you will end up with a much louder and more audible mouth click on the finished recording.

“Yes, you can edit out mouth clicks after the event, but it’s a pain in the arse and time-consuming – so get it right at source!”

Ok, well that’s all well and good, but how do we get it right during the recording process??

Step 1 – Make Sure You’re Properly Hydrated Before The Session

Why? As I’ve mentioned before…

The problem with hydration though, is that the body can only take in water at a certain rate. Downing two litres of water 10 minutes before a session is of no use whatsoever. Your body will not have enough time to distribute this evenly around the body and into the mouth consistently. The result of this is that you have too much water in your mouth as you’re always drinking to catch up. Alas, then, you are still dehydrated at the start of the session.

The secret is that you need to start hydrating at least two hours before your session starts. Take in enough water to make sure that you are properly hydrated.

Water – The Giver of Life! (And Click-Free Recordings)

I had a chap say to me in our Elite Voiceover Mentoring Program recently that he was confused, because he regularly drank two litres but was still dehydrated. It turns out he was drinking two litres of Coca-Cola. Which is a diuretic, so of course…he would stay dehydrated.

When we talk about hydration – we mean water – water is all you need.

Being properly hydrated not only means that you won’t have as clicky a delivery but it also means that you are protecting your vocal cords. Your vocal cords are two pieces of vibrating mucous membrane that vibrate and rub together at high-speed. If your mucous levels go down (due to dehydration) the cords cause more friction when they rub together and you end up with a sore throat. Your voice will get deeper and more gravelly.

Cue George Best on any given morning….

So avoid any diuretics – coffee, caffeine, Coke, dairy, tea, Red Bull and so on – and just drink water.

Incidentally, if you have an early morning session, it’s important to start your hydration the night before as we lose a lot of water when we are sleeping. Proof of this is the fact that we always need a wee in the morning. If you have an early morning session and are dehydrated, the chances are you won’t have enough time to hydrate fully before the session. On my long-form projects, we start at 9am and so hydration the previous night is drilled into my voice-artists!

Step 2 – Sort Out Your Placement and Projection

Your distance to the microphone and how loud you project are key components in fighting the mouth-noise battle.

If you consider then the extreme example of me shouting at you from 30 feet away, the relative balance between the volume of my dialogue to my mouth noise is going to be huge. You will never hear my mouth clicks. Delivering dialogue louder does not increase mouth noise as well, as mouth noise is just the tongue, saliva and teeth working together.

Likewise, if I put my mouth next to your ear and whisper to you, you are much, much more likely to hear my mouth clicks.

No matter how loud you shout, or how soft you whisper, the mouth noise and clicks will remain the same volume…

Both Position and Projection are Linked

This is replicated in the same way in front of a microphone. We have to control the input gain (input recording level) so that you are recording at a nice, appropriate level which isn’t too quiet/loud and isn’t clipping.

If you are close to the mic (say 3 inches) and whispering, you will need to turn up the input gain to record at a suitable level. Therefore, the dialogue is quiet, and the noise floor and your mouth noises are louder, comparatively.

If you are further away from the mic (say 7-8 inches, use a ruler, don’t ask your husband) and projecting slightly louder than normal speech, you will need to turn the input gain down. Therefore, the dialogue is nice and loud and the noise floor and your mouth clicks are quieter, comparatively.

So the headline here is – back off the mic, and project more = less mouth noise.

Incidentally, if you are wanting to do that close-up and personal style of bass-proximity effect commercial recording – you just have to deal with the fact that you will have more post-production editing to do to remove the mouth clicks – simple as that – you’ve just got a nice rich, bassy, commercial sound – you can’t have your cake and eat it!!

Is this Hugh banging on about hydration…again???

Yes, I’m afraid it is. You see, most voice artists forget that while you are speaking during a voiceover session, you are dehydrating. The more you talk the more you’re using your vocal cords, the more your saliva-mucus-balance is reducing, and the more clicky you will become.

“It’s perfectly normal for a voice artist to come into the booth, click-free only to sound like she’s eating space-dust 45 minutes later.”

if you remember, I said that the body can only take in water at a certain rate. You’ve done all the good work in hydrating yourself before the session and now you’re dehydrating. You need to keep up with the water drinking throughout.

This…is the mark of a pro. I’m always terribly pleased when I see a VO come to a session armed with a bottle of water. I’m also disappointed when they aren’t.

A Bottle a Day Keeps the Voice Director at Bay

So, constant sipping of water is essential – I usually get my VO’s to sip a little every 10-15 lines or so. Yes, you will be on the toilet in every single break, but you will be re-hired because your voice sounds delicious.

If you don’t do this – especially in modern air-conditioned studios – clickyness will ensue! You have been warned!

Ok, so look, everyone knows that if you eat half a green apple, your clicky-mouth will cease almost instantly. In fact, this works with anything that has that sharp, citric acid. This cleans through the mouth and eradicates the nasty, clicky, dehydrated saliva.

But…I am here to tell you that:

You want headlines? I got headlines – concentrate on steps 1-3 and you won’t need green apples.

Unless you’re terribly hungover. Which does happen. And sometimes can’t be avoided.

You’re an artist after all.

And in that case..

You’re on your own.