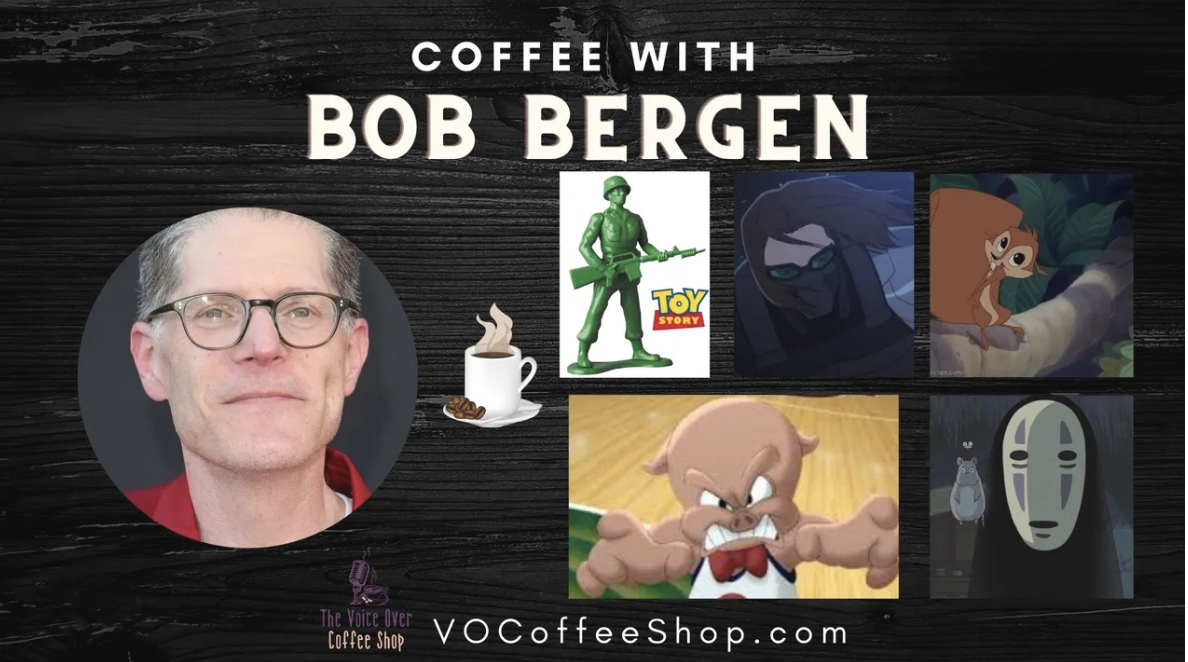 From: The Voice Over Coffee Shop

In this episode, we have coffee with my dear friend Bob Bergen.

Bob is the embodiment of a voiceaholic with multiple Emmy nominations for his outstanding voiceover work. He’s best known for his roles as Porky Pig, No Face, Bucky the Winter Soldier, and has worked in ADR, Promo, American Animation, and many more.

In this episode, we talk about:

-How to really audition in voice over.

-How to address social media in your career.

-Being the best voice over talent!

-Staying euphoric behind the mic.

I really hoped you enjoy Bob talk about the joys of auditioning and the sparks he gets in his creation process, as well as how he continues to grow and extend his reaches to stay relevant in this amazing industry.

If you’d like to find out more about him, you can visit him at http://bobbergen.com

Thank you for listening and I’ll see you next time!

We also briefly discussed what makes a good VO student when it comes to working with a coach. Here is Bob’s take on it:

WHAT MAKES A GOOD VO STUDENT?

– A good vo student researches whom to study with by going to vo actors who have the career they want, rather than to those on the same or smaller boat as they.

– A good vo student commits 100% while working with a coach.  Once the coaching is over, they bank what works and disregard/don’t dwell on what did not.  Even if the student only gained 10% from the coach, that’s 10% they own in their process and career.

– A good vo student does not seek shortcuts, be they financial or in regard to time.  They want to do this right, not cheap and fast. They wake up every day asking themself, “What more/else can I do to become a better actor?”

– A good vo student does not study for a financial return.  They study to learn and become great voice actors.  Making money at this is a fortunate circumstance.

– A good vo student, no matter where they are in their career, even if in the top 1% of earners knows they are never above needing further coaching.

– A good vo student does not make excuses.  If they cannot afford studying with the best, they get another day/night job and save up until they can.  If their goal is to compete with the big boys, then they need to commit to doing whatever it takes to do so.

– A good vo student never plays the blame or the victim game.  If things do not go their way, they look in the mirror and ask, “Where did I go wrong and what can I do differently the next time?”

– A good vo student leaves their day at the door.  They do not allow day or life issues to interfere with their availability to work with their coach.

– Eventually, a good vo student’s technique is a conglomerate of what they took from their various vo and acting coaches over many years.  It might be 40% of one, 20% of another, 2% of another, etc.  This all adds up to 100% of who they are as a voice actor.